The Beginning
Norris Bedding was established just after World War 2 by Reg Norris, shortly followed by his brother John, thus naming the company R J Norris at the premises in Camberwell, South London in 1947. They started out as upholsterers and then moved into making mattresses the following year.

Growth
Reg continued with the upholstery trade and moved to a new workshop in Blackheath while John stayed with the bedding side of the firm based at Camberwell. Later in 1982 John was joined by his son Anthony. In September 1995 John retired but is still fondly remembered by customers, while Anthony continues to head the family business.

In 2006 the manufacturing side was moved to Rotherhithe and then in 2007 relocated to a brand new unit at Belvedere, Kent, where you can still call ahead and arrange a visit to see how these mattresses are made and try them out for yourself.

Today
Norris Bedding has been supplying it’s beds to some of the very best hotels, top interior designers and private houses around the world. We continue the tradition of making luxury hand crafted mattresses and divans, using only the finest natural materials from Horsehair and Wool, to Mohair and Cashmere. 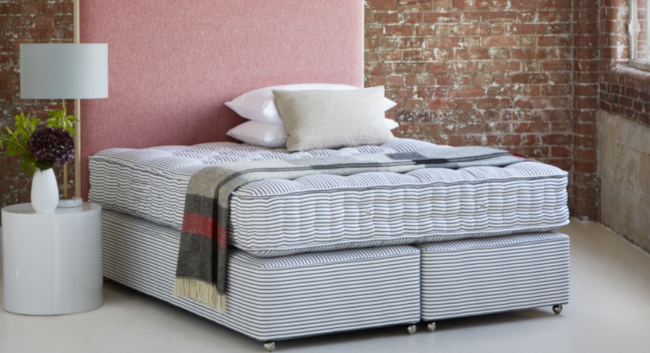 Also see our rannge of Accessories.