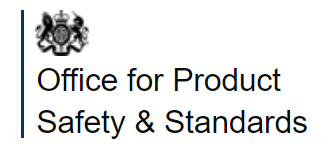 The BFM attended, on behalf of members, the OPSS Business Reference Panel meeting (virtual) held on the 2nd September 2021. The meeting was opened by Sarah Smith – Deputy Director (Regulation and Market Surveillance) outlining the scope of the meeting focusing on the current OPSS Regulatory Reform Programme ‘What you can expect from OPSS’ for Service Standards, Enforcement and Boarder Controls.

The ongoing development of the RRP by the OPSS is in response to the ‘Call for Evidence’ public consultation, which ended mid-June 2021, the  National Audit Office (NAO) study of product safety and the subsequent review of the findings in July 2021 with the Public Accounts Committee (PAC) to answer the issues raised in the NAO report. The PAC endorsed the approach being taken by the OPSS.

The current framework surrounding UK product safety laws is extensive and complex, with over 20 sets of regulations. It is primarily derived from the EU, but also includes some older, national legislation made under the Consumer Protection Act 1987. Within this framework, there are also significant variations and adaptions for different products.

In January 2018, the government established the Office for Product Safety and Standards (OPSS), a new office within the Department for Business, Energy & Industrial Strategy (BEIS), to bring national capacity and leadership to product safety issues. The OPSS’s product safety operations budget has grown from £10 million in its first year to £14 million in 2020-21.

Its national role includes identifying and assessing product risks and intervening directly on nationally significant, novel or contentious issues. The OPSS works alongside Trading Standards services, which still regulate at local level and undertake most enforcement, and other stakeholders such as the British Standards Institution and Border Force.

OPSS values the views of businesses and others in ensuring the delivery of services meets the needs of different stakeholders. Working in particular with OPSS Business Reference Panel, this group of over 100 organisations and trade associations is a major network for engaging with business and consumer representatives.

The OPSS draft Service Standards document ‘What you can expect of OPSS’, which is open for comment by email at OPSSenforcementpracticeteam@beis.gov.uk until the 1st October 2021, can be viewed here.

Back to news & blogs